Now, as many of you know, I'm not the most productive at crops! ... well, there is a Starbucks not 3 minutes walk away. So what do you expect from me lol.

But this past Saturday at the crop, well I was a woman on a mission.  I sat next to the lovely Jo, who normally (and yes, she'll moan about this) chats just as much as me. But this Saturday, she had her head down and was working on catching up on her Project Life.  I was also sitting a bit further away from Emma, who normally ALWAYS distracts me lol.  So what's a girl to do (once she's got her Caramel Macchiato) Well, she scraps, that's what.

So here are the 2 layouts I actually completed at the crop. Now, I know to some of you that go to crops and do 5 or 6 a day, it doesn't seem a lot, but for someone that has in the past been known just to paint her nails at a crop, this is a big achievement.

And then, to top it off ... I was feeling super creative. I actually came home and started work on another layout.  Just a few finishing touches to put to that, and I'll share that later.

This first layout came about, when my friend Susan found a photo of us at her 21st, and its about how good a friend she is to me, and then us at her 50th. 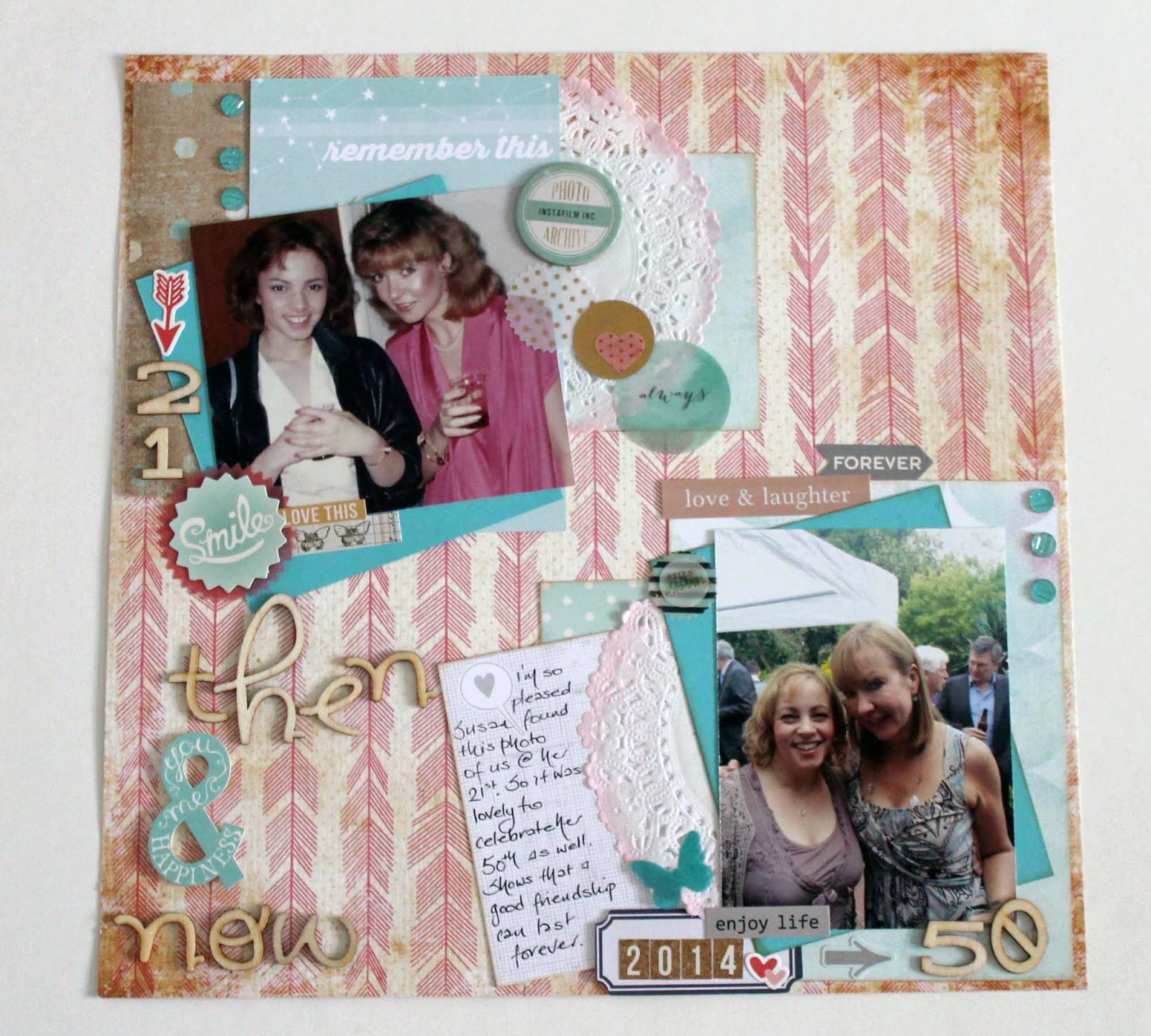 This second layout is something I've been meaning to do for ages. I see lots of these grid type layouts on Pinterest, and all using frames. So I printed out our day at a Vintage Car Boot fair at South Bank in small photos and came up with this. 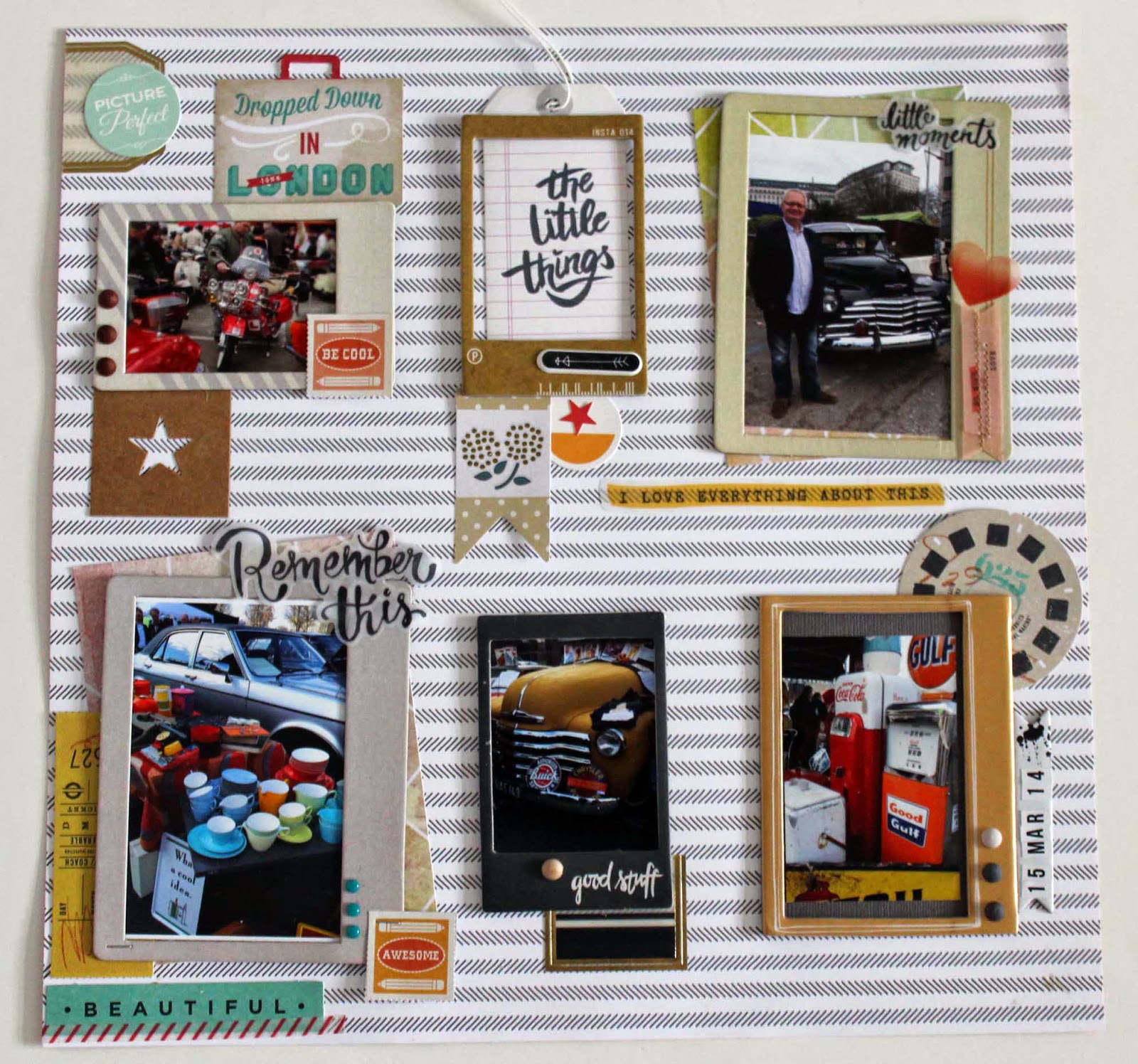 After all this, I was feeling super creative, so I actually came home and started work on another layout.  Just a few finishing touches to put to that, and I'll share that later.

Email ThisBlogThis!Share to TwitterShare to FacebookShare to Pinterest
Labels: scrapbooking