Its been a busy week at the little house, but more on that later.

At this end, I had to pick up my new reading glasses during the week from Kingston, and I may have done a little shopping, while at it.  I've been after one of these pom pom throws since before Christmas.  Initially I've been after the grey one, but they sold out almost instantly.  Well after much umm'ing and aaahhh'ing, I ended up going with the cream, as will fit in with the new house.  Now just keeping it wrapped up for our move.

I also, started putting out my Easter decorations (still faffing, this week, and I have in mind a new blog post on that)

I also ordered some cards of the bears, and these came .... oh they're perfect. The lovely thing about ordering from small businesses, is the personal touch you get.  She included two bono's for the bears.

I've also started going through boxes and boxes of photos, that I have.  Most of them were Mum& Dad's, and it was lovely to be reminded of such happy times.  I also had a wonderful chat on messenger with my cousins in Australia, about them, as I kept taking photos of certain ones, and sharing them with them.  You've got love the power of social media, that I can still talk with my family even when they're so far away.  That was truly the highlight of my week. 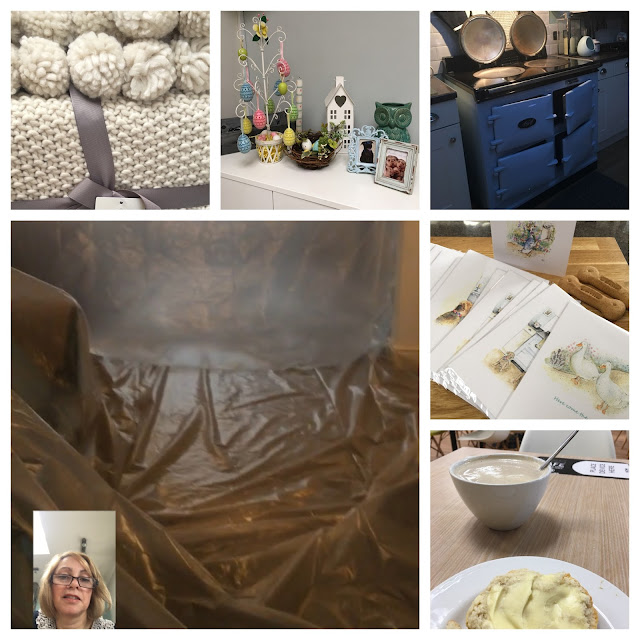 Another highlight has been all the work that has started at the little house.  Its all happening so fast, and I can't fault the dedication of the workmen, one bit. 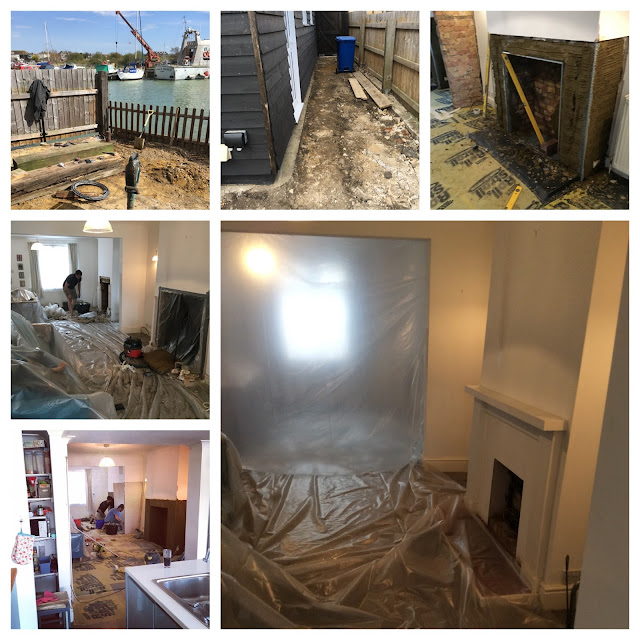 What you see above is obviously that work on the garden has started. They've taken up all the old concrete and paving stones, and fixed new fence posts.  They've also done one coat of black paint on the fence; and started the wall for the raised seating area.  Also, they've built my little raised flower bed.

We've had two days of work on the fireplace too.  With the holes being made bigger to accommodate a larger wood burner; and also new fire sounds.  They've removed the old (which was put in wrong by our original builders) and will be back this week to fit the new stove.

Also, we had a lot of damp in the house.  Our original builders while making the openings bigger, removed and forgot to put back a lot of the damp course; so we've had damp specialists in, and they've been doing that.  Again, another 2 days of work needed on it. They have to work in sections, allowing bits to dry out.

So there you have it.  It's been all go go go ...... Betty gets installed at the little house this week, so we had our last Sunday dinner on her here, then she got turned off for the first time.

Thank you for sticking with the long post, have a great week friends.