Its here .... Its really here, and ooohhh she's such a beauty.

The day went much better than I thought, I was so so worried about the bears and how they'd be with people working in the house, but I needn't have worried too much. Yes there was some barking, but on the whole they were really good.

We did close off where they were working, with gates .. last thing I needed to see was a little Lakeland butt running down the garden with a spanner or some integral part of the aga and a workman running after them.

So here you are, just a few photos from the day! .... and yes, I did warn the chaps putting the Aga in that I was a scrapbooker, so I take a LOT of photos. 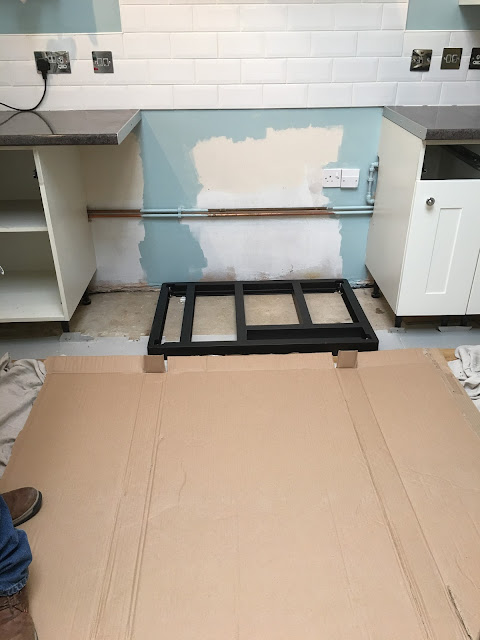 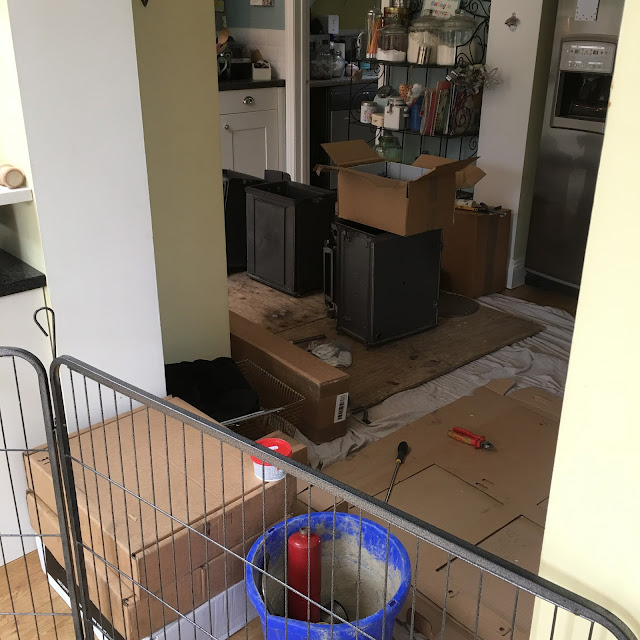 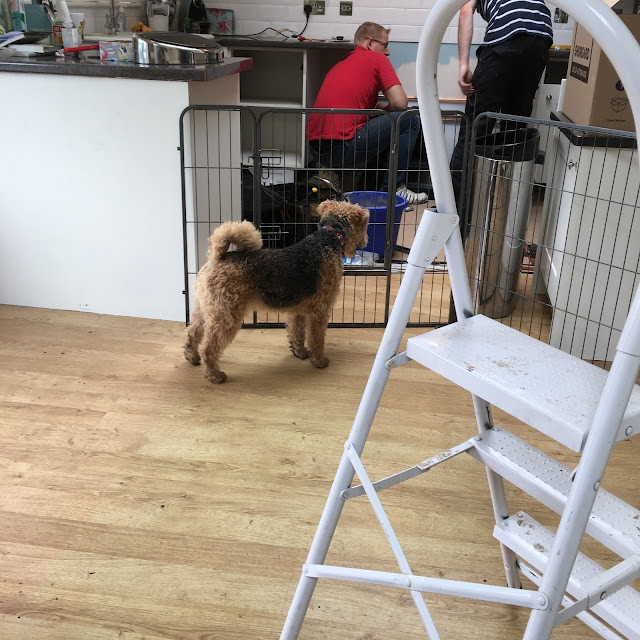 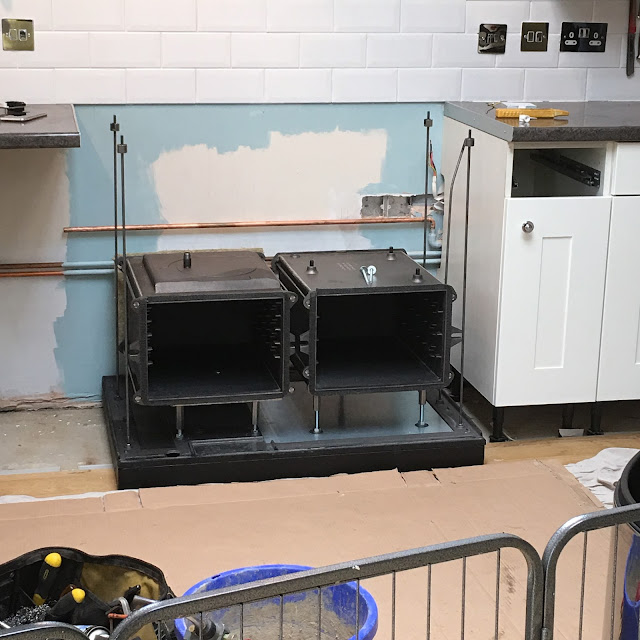 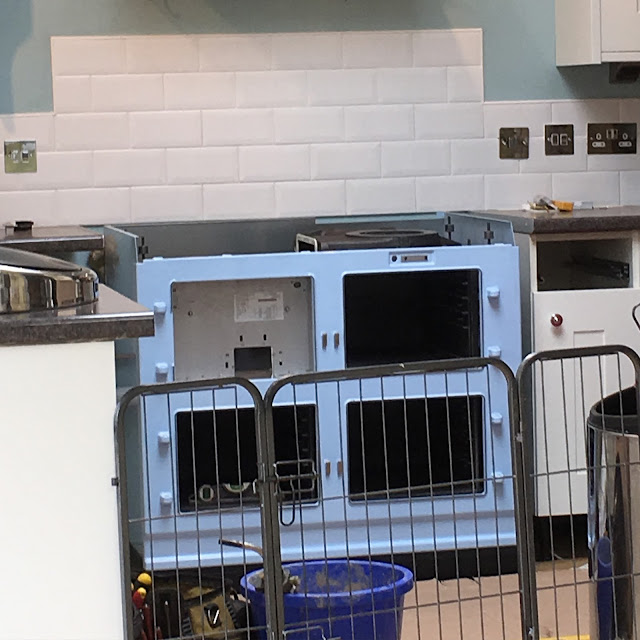 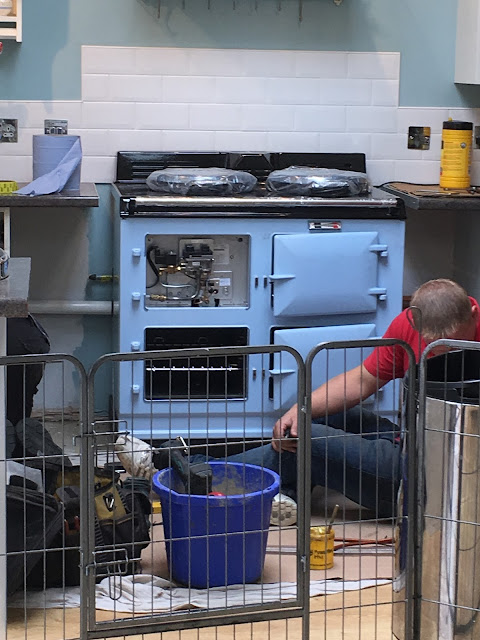 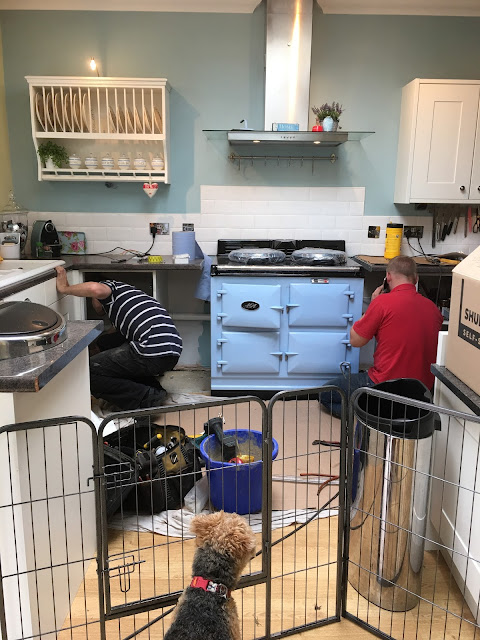 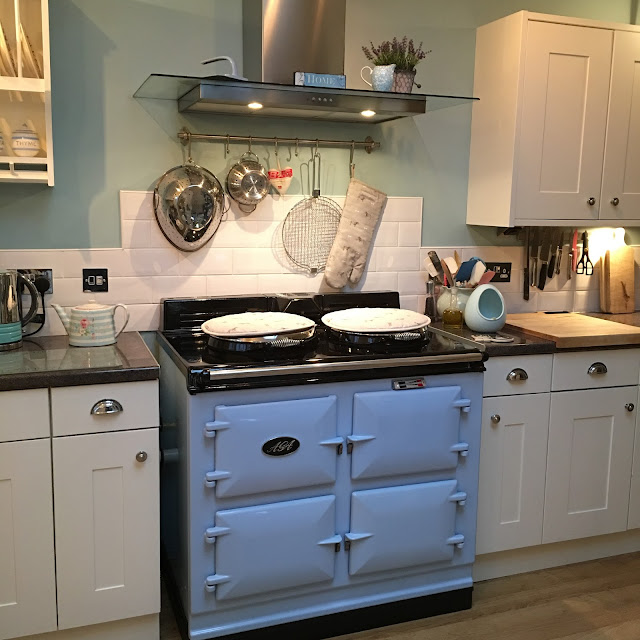