What a week it was

It started at the little house, and it was just what we needed, as it feels like its been a while since we were there.  I think the next time we're there though, we'll be putting up the decorations. 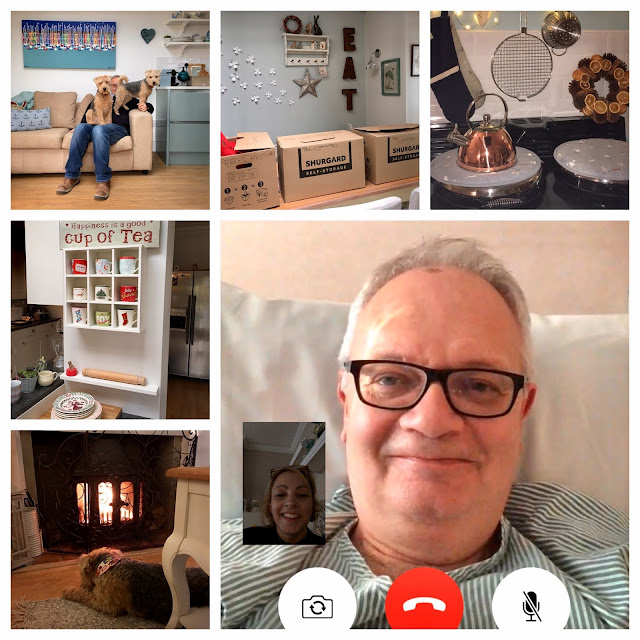 When we got back, I met up with Emma and I was over the moon, that she had managed to get me another hob cover from TK Maxx. So now, Betty Blue is dressed for the winter.

This week I also managed to take out my pre Christmas boxes ... and in case you're wondering what would be pre Christmas, its things more winter themed, and bits that aren't just about decorating the tree.  So Christmas mugs, fairy lights, winter tea towels, and even cushions

The biggest thing though was that Simon had to have his operation on his feet on Friday.  Poor chap, went in for 9am, and we were told nothing to eat or drink from the night before, but they didn't take him down to surgery until 1.30 in the afternoon.  It's always a worry when I don't know when I'll be able to chat with him, but I was over the moon when he faced time'd me.

Glad to say I picked him up late afternoon and he has spent the weekend resting. He's off this coming week, and not a lot planned, which is just how it should be for him.

Have a lovely week friends, I hope you were ok with my last unusual post on trends in the home. I enjoyed taking a different route with my blog; and I've more interior ideas to share with you in the future, of course, I'm also hoping to get back into crafting .... I'm feeling far more creative these days too.  I'm looking forward to seeing how my blog grows.