Project .... Use your stash

I've recently been watching lots of videos on YouTube about making up kits from your own stash. One in particular is a woman who's channel is called nicmackin who makes up kits from her stash and calls it Project, Use your stash.

So armed with that and with the latest Cocoa Daisy kit which came just the other day, I put one together. 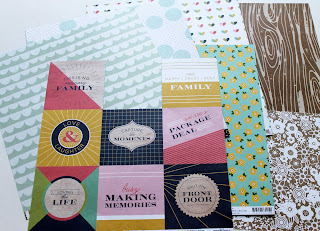 This is the cocoa daisy kit which I'm using as my base, and the cut apart paper was my starting point. 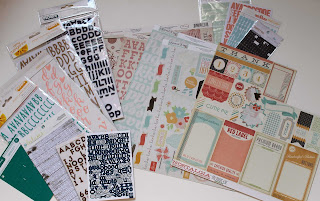 I included lots of thickers and smaller alphabets, as well as some old Echo Park sticker sheets. 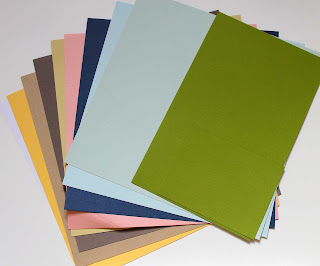 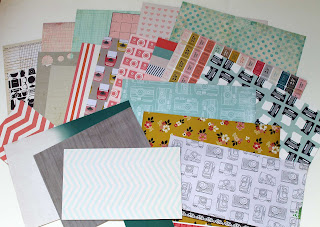 And then went through my paper collection.  I have a dreadful habit of saving the papers I really love and not wanting to use them, but I thought with this exercise, it would be a good chance to actually use those lovely papers and scraps I've saved. I also included some really old papers, and even old velums I found. 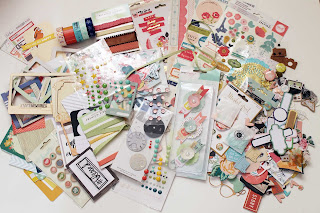 I then went embellishment mad ... I included washi tapes, labels, old ribbons and even added in some project life cards.

So they you have it, my first grab and go kit.  I'm calling it this as I'm making a few of them, and then when we're off to the little house, at least, in theory, I can grab one of these and do some scrapping.

I'm even going to use them when doing some project life layouts.

And here's my first layout from it. 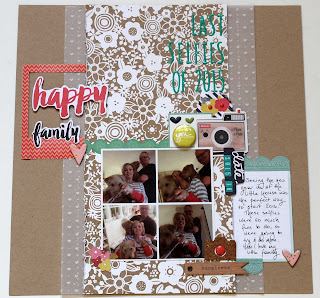 This layout is the last of the five I picked from January five I picked to scrapbook.  Thanks Jo, for the idea, I'll be joining in again, but maybe as I'm a bit behind on that, I'll pick five from Feb and March.