A little bit of Everything

This really is a post with a little bit of everything ... I suddenly have so much I want to share with you all.


I love getting post ... proper post! Yes, I love emails, skype and all that but there is something really special about getting an envelope with your name handwritten on it, especially when you're not expecting anything. So imagine my delight when these came out of the envelope. 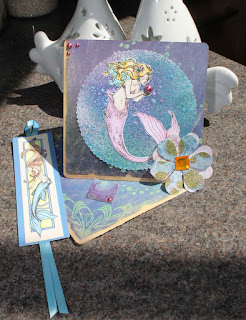 A big thank you to Michelle, for really making my morning - that's so very kind of you.  Inside reads "just because you love all things pretty".  Isn't she talented, and oh so so sweet :)
Ok next; I set myself  many challenges each year, some I manage, some I get nowhere near, but one of them was to read more - and not just magazines!  I used to read so much when I used to commute by train to work, but now working from home, I don't' tend to.  Anyway, I joined a reading group, and have so far read some very good books, some of which I wouldn't normally pick up - well the latest, is The Crying Tree, and one I would recommend.  When I first read the back, well I thought, goodness I'll cry through all of this, but that wasn't the case!  So a quick recap, from the back; 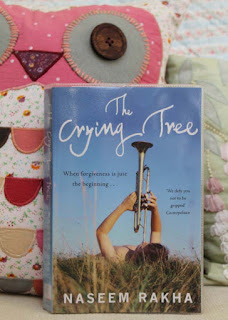 Irene Stanley thought her world had come to an end when her husband found their 15 year old son, Shep murdered in their Oregon Home.  DanielRobbin, who had spent his teenage years in & out of trouble, gave himself up to the police and was given the state's harshest sentence; death by lethal injection.
Now Nineteen years later, as the superintendent of the state penitentiary prepares to execute Robbin, Irene Stanley must reveal something she has been hiding from her family.
Her revelation stuns her family and cracks open the secrets that surrounded her son's death.  Secrets that reveal how little she understood Shep, her husband or herself.
Now it's not as morbid as it sounds, and the book jumps back and forward though time - but doesn't really touch on the actual murder, which probably helps.  It's more about how the family deal with it, and also how the prison warden copes with the event he's facing, and finally how the mother deals with the loss of her son and the true events of that day. If you're looking for something a little different, I would recommend it - I'm now looking forward to my next read, especially as I have a super bookmark too :)

And finally, although I posted this layout on the shop blog - I do want to share it with you too, as I love the photo.  It was taken on Easter Sunday, so before THE wedding!  And Simon suggested going up to London to see the flags - well, it was amazing, were were in Regent Street - and right there at the lights was a mini, a taxi and a Bus, all next to the flags. You couldn't get anything more British LOL.  So I dashed to the middle of the road and took the photo - and I'm so pleased I did. 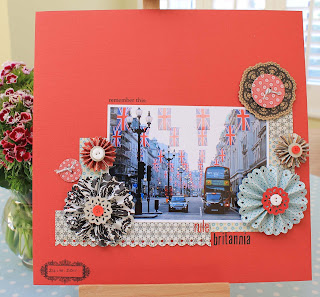 Ok, enough talk from me.  Goodness, I don't think I've ever done a blog post with so much chatter :)